Showing posts from March, 2012
Show all

How to Tell Everyone About Your Book Without Dying

- March 09, 2012
When I was just out of college, my mother used to proudly tell people I was a writer, unless I first managed to stop her. I tried to stop her because I knew what would come next, the dread question, "So what has she published?" The answer at that time was one humiliating word: "Nothing." The conversation would then wither up in shame. I lived a double life. Inwardly, I considered myself professional writer, who would one day be published. Outwardly, I hid this identity from all but close friends and family. It's perhaps not surprising that the heroine of my fantasy series, Dindi, leads a similar double life, practicing her magic art in secret. However, I became so adept at concealing my passion that once my novels were actually published, I found it difficult to switch from secrecy to publicity. I belonged to several writing communities online, that helped me bridge my shyness. After all, it's okay to tell friends who are sharing my journey toward
12 comments
Read more 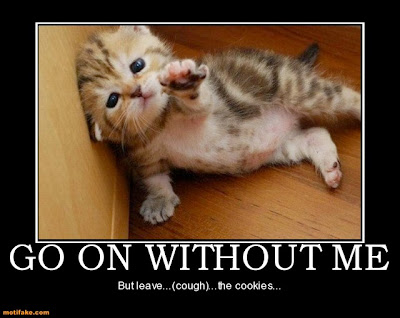 I should know better than to watch Chinese movies, but I do anyway. Tragedy, comedy, romance, it doesn't matter. They always end with someone face first in the dust. What is with that? It used to be that only Red Shirts would have to worry on Away Missions. In epic fantasy, they were known as the "spear holders." The bit players meant to die tragically, so the heroes could press stolidly onward. Now it's all the rage in fantasy to kill off major characters. Joss Whedon and George R.R. Martin and Joe Abercrombie whack major characters right and left, just to prove they can. I really hate that. The rationalization is that if you know the major characters won't die, this sucks the tension from the narrative. If the hero dangles from a cliff over a toxic ocean with a wyvern attacking from above and a kraken's tentacle grabbing at him from below, the reader is only going to believe he's really in danger if the author has proven I'm Really
4 comments
Read more
More posts